Cottage Beer Project is a Nano-brewery, producing small batch bottle-conditioned beers, brewing since April 2021 on 200 litre brewing equipment.  Situated on the edge of Exmoor, 3 miles from Dulverton, their dream is to remain a small but quality producer of beers, building a respected local presence in Devon and Somerset, working with the local community to support mutual goals.  Natural finings are used for beer clarity so all of the beers are vegan and vegetarian friendly.

The business is currently a part-time venture, as owner and brewer Daniel Clayton continues to work full-time, with brewing and bottling activities taking place at weekends and other important matters attended to during evenings.  It’s a labour of love though, as Dan has wanted to brew commercially since he took up home brewing in 2015 and began to really forge his interest in brewing. Dan’s wife Claire, a fellow director in the business, has been contributing by involving herself in sterilising and capping the bottles, helping with deliveries and sales.   Dan trademarked the business name in November 2020 as he felt it essential to protect the brand he’s intending to build, and developed the logo and label ideas himself, while working with a designer in Bristol to digitise them.  The logo includes a weather vane of an owl, a nod to his late Dad, known as ‘Wise Owl’ by his work colleagues who presented him with such a weather vane on his retirement.  This passed to Dan, and now sits atop his brewery.

Their maiden beer launched in May 2021.  It’s a delicious, delightfully light Copper IPA, named ‘Hit for Six’, and at 6% ABV it’s appropriately named (on a cricket theme).  This was followed by a Dark Amber Ale, ‘Rambler’ (5.9% ABV), a gorgeously smooth and flavoursome beer.  In early July they launched ‘The Gatherings, a session strength light amber at 3.6%, with aromas of pine, orange and spices.  This is named after the local tradition of gathering in the Exmoor ponies every autumn.  More are due to join the stable in the coming months.

All of the beers produced at present are bottle-conditioned, meaning that once the beer is bottled after its primary fermentation, it’s designed to continue a secondary fermentation for 2 weeks after initially being bottled.  This carbonates the beer to the intended level and ensures that the flavour and aroma profiles are as designed into the recipe, best appreciated when drunk at 13°C, British cellar temperature.  The end product is quite different to a filtered beer that you ordinarily find, and as close to a cask beer as you can achieve without it actually being a cask beer.

Beers are produced using water from deep below the Devon hills, extracted via the brewery bore hole. 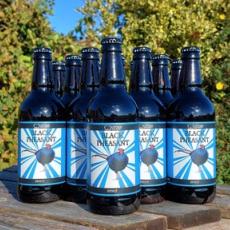 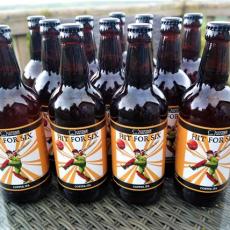 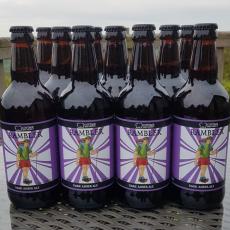 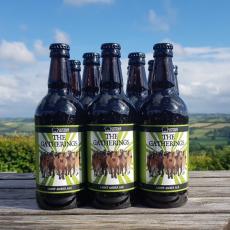 What's New at The Tantivy

Built on a passion for home fragrance, The Country Candle Company has always… Read More

Check Us Out on Trip Advisor