Wiveliscombe, a Somerset town on the edge of Exmoor, has been at the heart of West Country brewing for over two centuries. Formed in 1807, the famous Hancock’s brewery dominated both the town and the regional economy. Its vast array of buildings crests the hilltop, known as Golden Hill, and forms the skyline of the town which is visible for miles around.

At one time the Hancock’s employed half the town’s workforce, and owned the best of the towns 36 pubs! After the War, Hancock’s, as many other regional breweries, fell to the consolidation of the many by the few. Eventually in 1959 the site was abandoned.

It remained so until 1980 when Exmoor Ales "Golden Hill Brewery" occupied a modest part of the Hancock site. Exmoor Ales gradually acquired more land and buildings and has grown, continuing something of the history of Wiveliscombe Brew Town. The next chapter occurred in 2016 when Exmoor Ales growth necessitated a move to a new facility just 200 yards down the road.

In the world of beer the eyes have it when it comes to ordering ale, something that Exmoor completely understand back in 1986 when they produced the first modern Golden Ale, Exmoor Gold. Designed as a single-malt beer, this was a stunning counter balance to the traditional view of beer — which it had to be as brown as an old sideboard or as coal black as Irish Dry Stout. Exmoor Gold, instead, was the colour of Chardonnay or Carling, sparkling in the glass and appealing to both ale drinkers and lager lovers. As well as looking good, by golly it tasted good, with fresh and fruity flavours tripping across the tongue hand in hand with a soft and comforting malty centre.

In the glass, Exmoor Gold is an appetising and enticing gold in colour. The nose is an interplay between a fresh bouquet of grassy and floral hop and a subtly soft, fluffy caramel-tinged maltiness. The palate sees more balance between gentle grainy maltiness and sprightly floral, citrusy fresh hop fruitiness. The finish is bittersweet with hints of citrus fruit weaving in and out. Try this with a Thai seafood stir-fry, where the delicate hop fruitiness and soft maltiness would add colour to the various spices, or also try with barbequed chicken marinated in honey.

Back in 1991, Somerset County Cricket Club celebrated its 100th anniversary and Exmoor produced Stag to celebrate the occasion. Initially produced in bottle, this full-bodied copper-coloured strong ale has gone on to become a vital part of the brewery’s cask-conditioned portfolio.

This is a big hitter of a beer, an Ian Botham standing defiantly at the crease. The nose is rich with resiny hop aromas to the fore followed by a biscuity maltiness in the background. On the palate a voluminous malty character with hints of chocolate and toffee is matched note for note with a well defined and warming fruitiness, before a giddy descent where a long dry finish where a hint of sweetness keeps matters well mannered. Try serving alongside the subtle sweetness of spring lamb or watch it mix and match in the company of roast beef or pheasant, or try something different and match it with roasted seasonal vegetables and watch how the bittersweet nature of the Stag works alongside the caramel sweetness of the vegetables.

EXMOOR BEAST, 6.6% The Dark Side of the Moor

Beast by name and Beast by nature, this exquisitely strong-willed, full-bodied dark porter first saw daylight in the autumn of 1992 and is now available both on draught and in bottle. Inspired by the fireside tales of wild cats roaming the moors of Exmoor and a continuation of a beer style that emerged in the 1700s and was named after its popularity with London porters, this complex and heady brew has been a continual favourite of beer fans up and down the country. Its strength means this is a beer to be respected, sipped slowly to warm up a winter’s night while the weather does its worst. Or you might like it slightly chilled elsewhere in the year, a beer drinker’s version of an Irish coffee.

Brewed with a mix of pale ale, chocolate and crystal malts, and hopped with Goldings, Challenger and Brewers Gold, it is dark mahogany-brown in colour, with the merest hint of crimson tints at its edge. Lush rich aromas of toffee, treacle. Mocha coffee, vinous fruit and chocolate swirl above the glass. There’s more complexity on the palate with rich fruitcake, a hint of rum, more Mocha coffee, an herbal hoppiness, vinous fruit, while the bittersweet finish is smooth yet complex, rich but not cloying. Try it with ice cream where the vanilla flavours would work well with the bittersweet richness of the porter; it is also ideal for a ripe Stilton or even as part of the mix for a rich winter stew. Try it also in cake mix, with one local Exmoor favourite being an Exmoor Beast fruitcake with whisky icing. 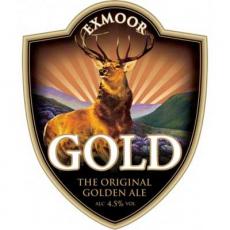 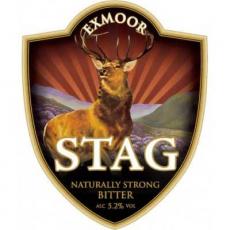 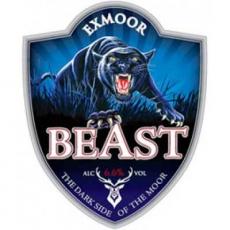 What's New at The Tantivy

They say beauty is in the eye of the beholder; however when you are surrounded… Read More

Check Us Out on Trip Advisor